The ICS Medal is awarded to József Pálfy of the Hungarian Natural History Museum in Budapest for his fundamental contributions to the Triassic and Jurassic portion of the geologic timescale. An experienced stratigrapher and versatile paleontologist, József Palfy has led the integration of biostratigraphy, geochronology, magnetostratigraphy and chemostratigraphy to generate a highly refined understanding of the lower half of the Mesozoic. For example, his 2000 paper in Canadian Journal of Earth Sciences is a milestone for the calibration of Jurassic time. His integration in turn has opened the door to explore global phenomena like perturbations of the carbon cycle and mass extinction, especially at the Triassic/Jurassic boundary. In this regard, his 2001 paper in Geology and his 2007 paper in the thematic issue of Palaeogeography, Palaeoclimatology, Palaeoecology devoted to the boundary stand out as seminal contributions. That issue, which he co-edited, represents the results of IGCP Project 458, which he proposed and co-led. 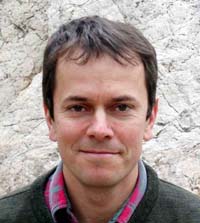