The Digby McLaren Medal was awarded to Stig M. Bergström, Professor Emeritus at The Ohio State University, for his long, distinguished, productive career in paleontology and stratigraphy. Early in his career Stig Bergström became a leading figure in the application of conodonts and graptolites to stratigraphic problems in Baltoscandia. After emigrating to America and becoming established at The Ohio State University, Stig Bergström worked with Walter Sweet to advance the concept of multi-element taxonomy for conodonts, and he expanded his conodont work to stratigraphic problems that used a variety of methods and later included joint work with mathematicians, geochemists, and geophysicists. These studies of lower Palaeozoic stratigraphy in Baltoscandia, China, Malaysia, Thailand, Argentina and North America include Ordovician-Silurian δ13C chemostratigraphy; 18O in conodont apatite as a palaeothermometer for Ordovician seawater temperatures; correlation of Lower Palaeozoic bentonites based on their chemical composition and conodont biodiversity and ranges; and intercontinental correlation of Ordovician sections throughout the world. Stig Bergström was one of the first members of the Ordovician Subcommission to visit China in the 1960’s and has remained an active worker, teacher and guest in that country since. His commission work has been untiring and has formed the basis for many of the stratigraphic choices of global stratigraphic sections for the Ordovican System. Stig Bergström has received many awards including Fellowship in the Palaeontological Society of America and the Paleontological Society Medal; Honorary Doctorate of Lund University, the Raymond C. Moore Medal from the Society for Sedimentary Geology (SEPM), and the Pander Medal (international award in conodont research). In addition, at the 34th International Geological Congress in Brisbane, Australia, Stig Bergström was presented with the IUGS Medal for Excellence. At Columbus, Stig Bergstöm was always immensely popular with students who awarded him their distinguished teaching award three times. His publication list contains more than 500 titles including important contributions to stratigraphy spanning more than 50 years. 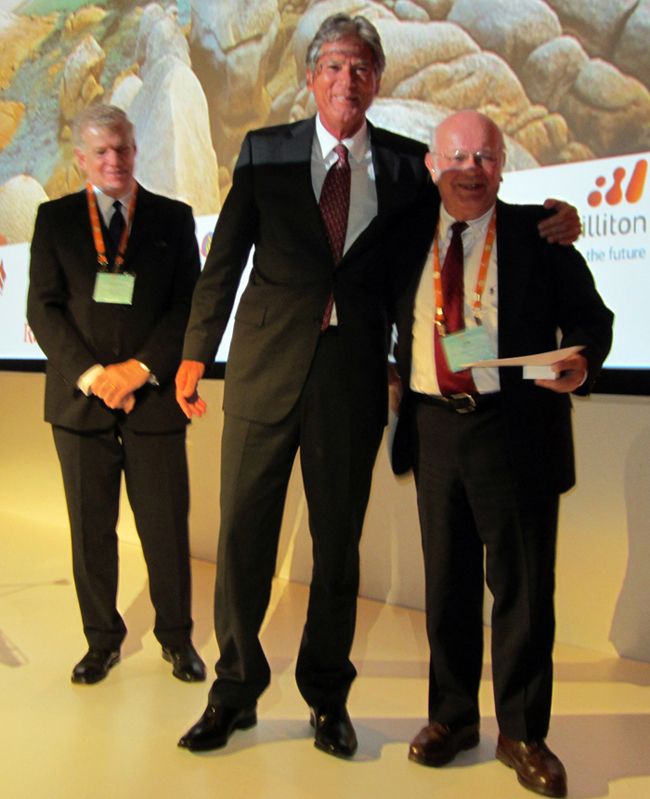