The Digby McLaren Medal was awarded to Jan Hardenbol for his fruitful career of fundamental research in calibrating and in understanding the sedimentary record of the Mesozoic and Cenozoic history of Earth’s surface environments. Most recently with Global Sequence Stratigraphy Inc. in Houston, Texas, Jan Hardenbol is recognized for several major accomplishments, especially during his thirty years (1964-1994) with Exxon Production Research, initially in Bordeaux, then in Houston. He was the leading stratigrapher in the development and calibration of sequence stratigraphy and a guiding force in Paleogene chronostratigraphy and geochronology, including GSSP development. In addition to being senior author of the immensely valuable integrated-stratigraphy charts for the Mesozoic and Cenozoic (published 1998) that built on his earlier global sea-level compilations with Exxon, Dr. Hardenbol continues to be an active leader in development of high-resolution time scales, in the understanding of causes of global sequences, and in interpreting sedimentary facies patterns. 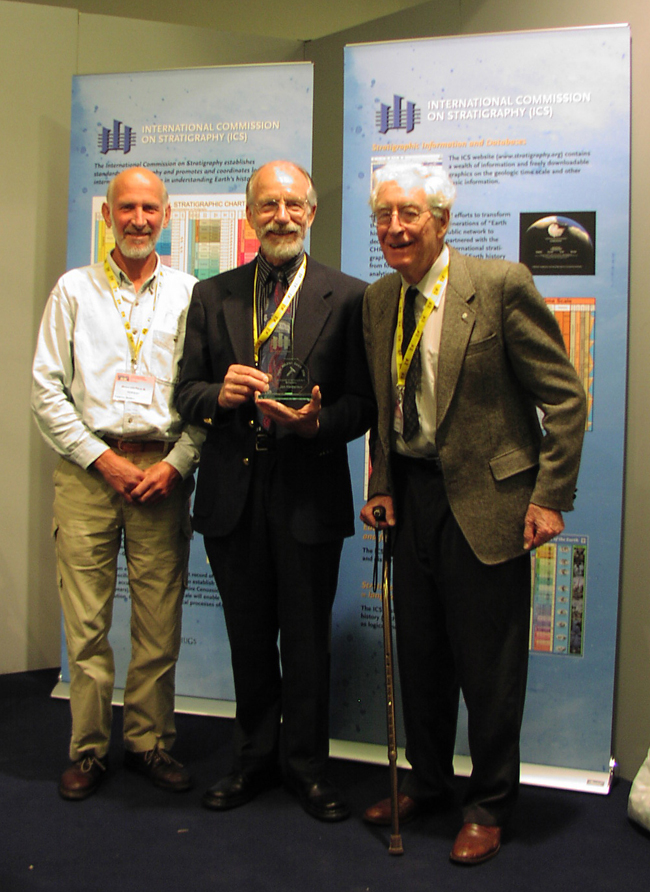