Andrew Miall is one of the most influential scientists in the fields of sedimentology, stratigraphy and basin analysis, with an extraordinarily prolific record of published work (~109 papers with 5898 cites). His original research articles, reviews and textbooks have helped generations of young scientists, and have shaped the science of sedimentary geology as we know it today. His illustrious career over the past four decades led to an unprecedented world-class profile and international recognition. Following initial work within the petroleum industry, Andrew joined the Geological Survey of Canada in 1972 as a Research Scientist in the Arctic Islands section. In 1979, he became the inaugural holder of the Gordon Stollery Chair in Basin Analysis and Petroleum Geology at the University of Toronto. More than three decades later, Andrew still holds a Professorship at the University of Toronto, where he remains as active as ever and continues to make excellent impact on science and education.

During his tenure at the University of Toronto, Andrew served as Editor of the Geoscience Canada, as Co-Editor-in-Chief of Sedimentary Geology, and currently as sedimentology editor for Earth Science Reviews. Andrew was elected a Fellow of the Academy of Sciences of the Royal Society of Canada in 1995 and has served as Vice President (2005-2007) and President (2007-2009). These accomplishments define a brilliant career in which Andrew has raised the standards of professional excellence to an unprecedented level. 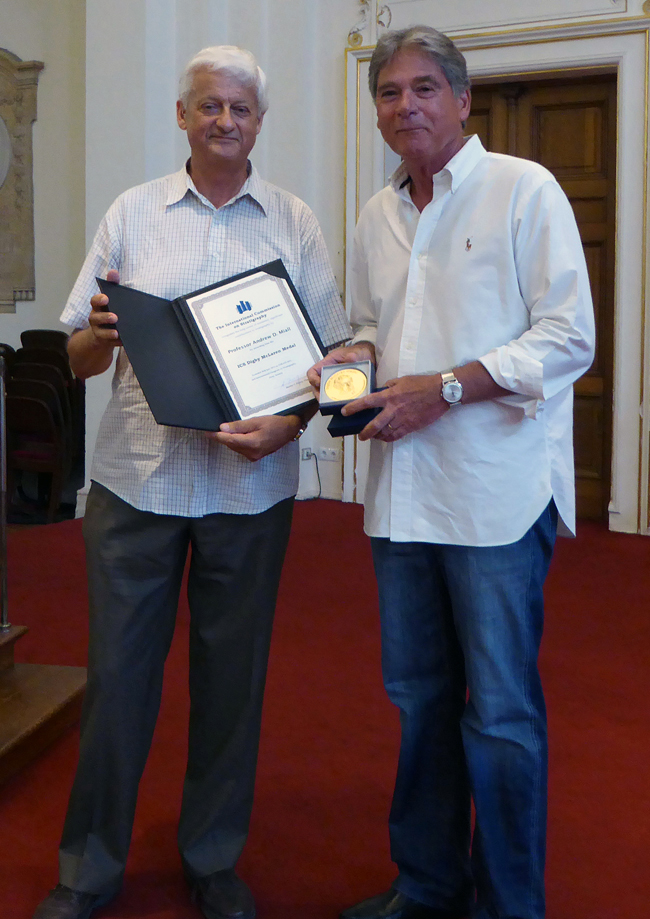