The 2015 ICS Medal awarded to Aitor Payros at Bilbao, Spain

Aitor Payros is a Lecturer in the University of the Basque Country and has published over 80 papers, focusing on Paleogene integrated stratigraphy and palaeontology. His work has contributed to the definition of three Paleogene GSSPs in recent years – the Selandian, Thanetian and Lutetian.

This paper compiles bio- and magnetostratigraphic information from thirteen, mostly Atlantic locations spanning a wide latitude range. The key section in the article, Gorrondatxe in the Basque Country, subsequently figured in the nominee’s contribution to publications on the base-Lutetian GSSP. The paper particularly highlighted a discrepancy between foraminifer and nannofossil biostratigraphic schemes in the middle Eocene, forcing a re-evaluation of foraminifer biostratigraphic schemes. This mis-calibration of about three million years in this interval, caused great confusion for stratigraphers and the resolution of this stratigraphic problem has led to a much firmer understanding of global change in the warmest part of the Cenozoic Era. 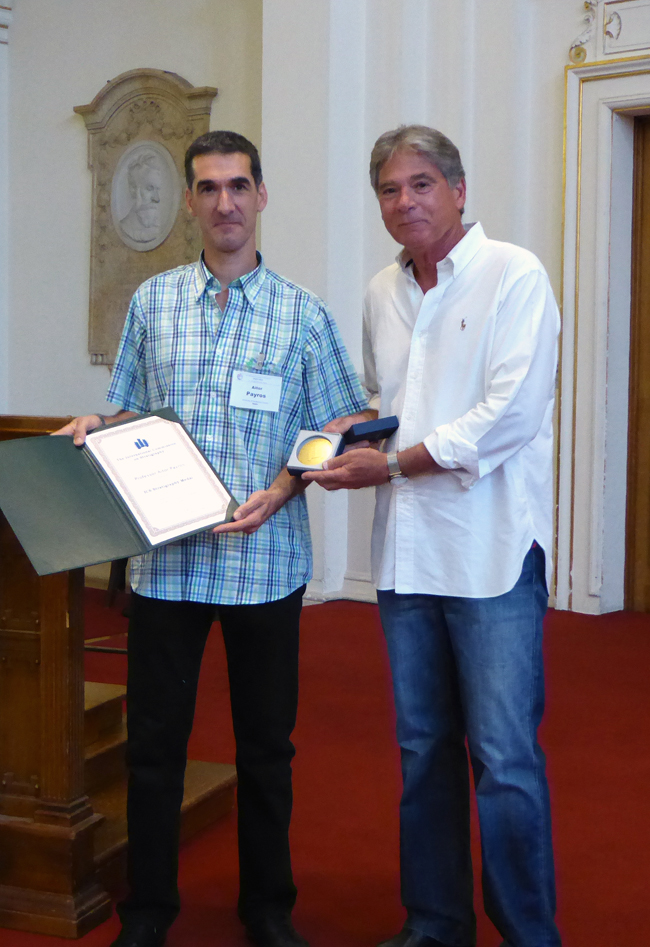