The 2019 ICS Medal awarded to Shuzhong Shen at Nanjing, China

This award recognizes the recipient’s contributions to the refinement of the Permian global timescale through many international research collaborations during the last two decades and his distinguished service to the global Permian research community. Taking advantage of his taxonomic knowledge of brachiopods and conodonts, the recipient has become an internationally recognized expert on Permian stratigraphy, the end-Permian extinction and a primary leader in the pursuit of a more precise and increasingly resolved Permian global timescale. His collaborative work led to the establishment and ratification of two Permian GSSPs in China and he was responsible for mobilizing the support of local government for the establishment of two GSSP Geoparks in China. He has served the ICS with distinction, leading the Subcommission on Permian Stratigraphy first as its Secretary for 8 years, then as its Chair since August 2012. He has also authored numerous highly influential publications and he has received many national and international awards that recognize his international leadership and academic achievements. We are delighted to honor Professor Shuzhong Shen, from Nanjing University, with the 2019 ICS Medal. 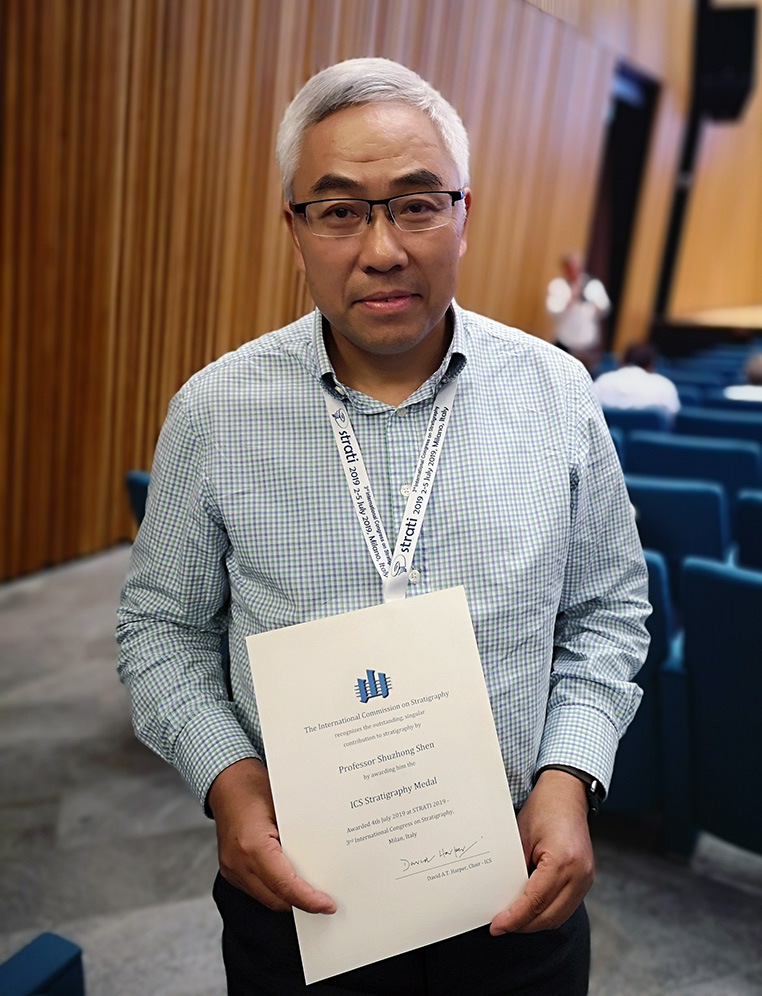 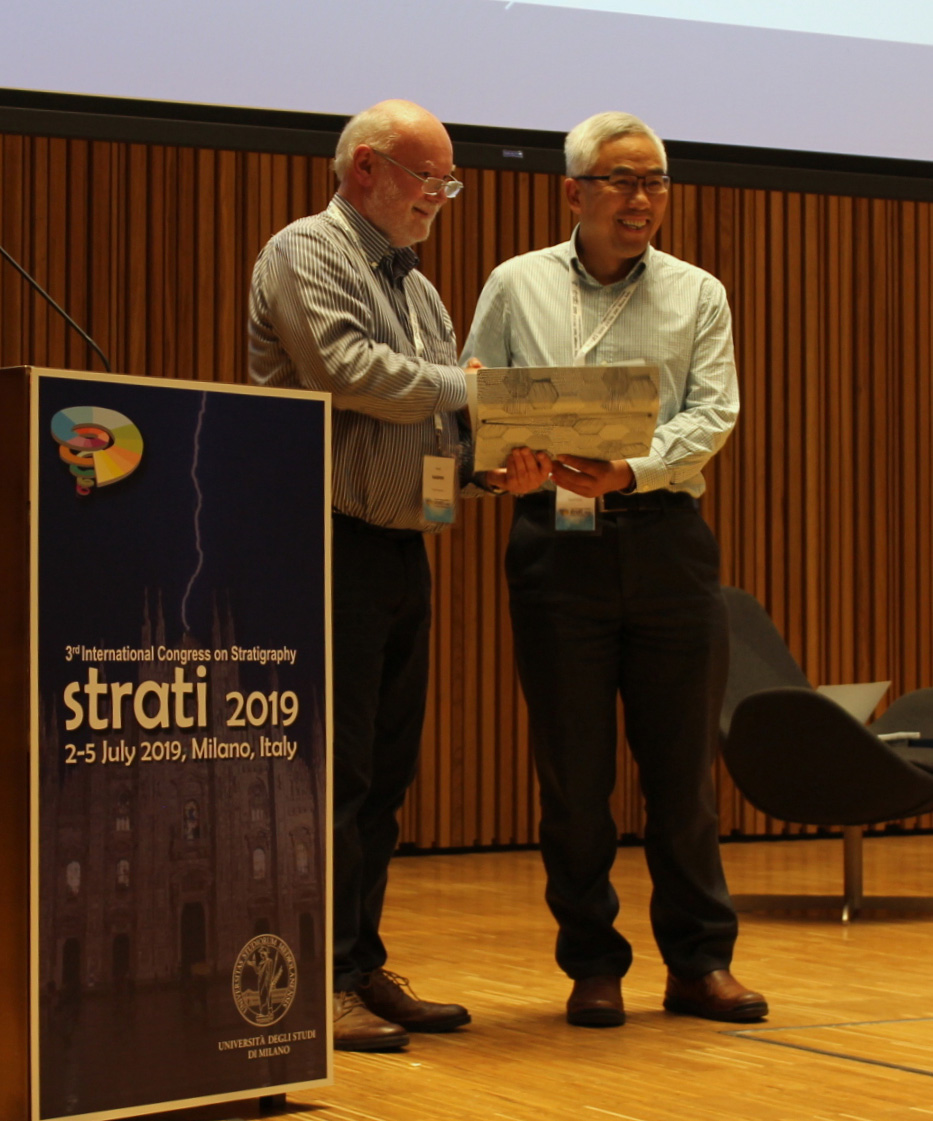